Enter your location for a more local experience in regional WA

We work and live in the regions we serve - and we recognise we have a special responsibility to the people of WA. We are on a mission to create regional employment opportunities and foster a workplace where our people’s stories, backgrounds, abilities and differences are celebrated.

Being part of our teams creates unique opportunities for our people to learn and develop in a range of trades, professions, skills and experiences.

Whether it's in our Perth office, in one of the regional depots or out in the field - there are dedicated teams throughout the communities working to provide safe, more sustainable and affordable energy solutions across 38 microgrids.

The diverse roles and responsibilities are extensive and include some of the following areas:

Shaping the energy systems of the future

Supporting our customers and communities

Embedded in our regions, the interests of our customers is at the heart of everything we do.

Whether it's helping them to manage their energy or reduce their bills, supporting their local community organisations or designing innovative solutions to deliver greener, more affordable energy - there's a great range of roles and teams leading our transition to a customer-centric organisation.

On the ground delivering safe and reliable energy

The field crews are out in the regions building, maintaining and replacing our energy system assets across 38 microdgrids.

The future of energy is evolving fast - as customer demand and new technologies drive the need for better, greener solutions. That's why it's such an exciting time to be part of the digital teams - as we accelerate and broadern our digital capabilities to keep pace with a rapidly evolving industry.

The use of innovative technologies such as process automation, big data, artificial intelligence, machine learning, the Internet of Things (IoT) and the Cloud underpin our transition towards decentralised and decarbonised microgrids.

Our day-to-day operations are managed by our Chief Executive Officer and executive management team.

Their number one priority remains the safety and wellbeing of our people and the communities we serve. 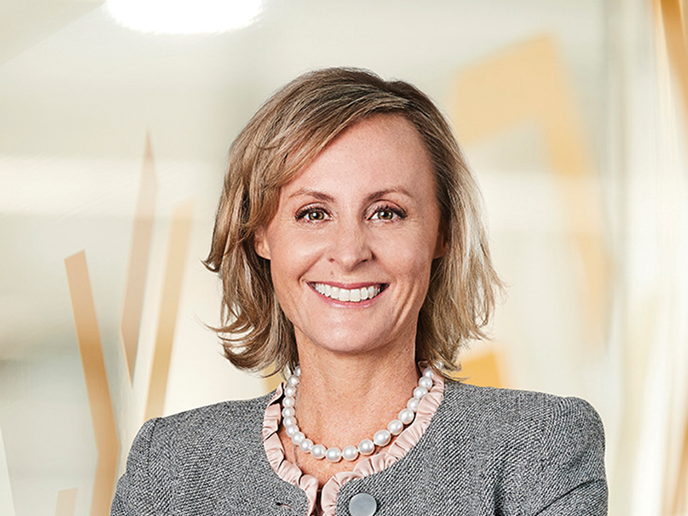 I see such pride when we get things right for our customers and such dedication when we aren’t quite there yet. Across every part of our business, we care deeply about the communities we are in and why the work we do matters to them.

“So many exciting activities to firstly improve the way we work and importantly, a focus on outlining Horizon Powers Net Zero target and pathway that meet both customer expectations and our guiding principles”

"I look forward to continuing to work with the Horizon Power team on several programs to support our strategic goals. The Integrated Resource Programs, Denham Hydrogen Demonstration Plant and SPS delivery through Boundary Power are just a few examples of projects that will ultimately deliver growth for our regional communities."

"I’m super excited about some of the new products and services we'll be launching for our customers over the coming 12 months. Our new website, community battery offerings and renewable services are in direct response to customer feedback and provide tangible solutions to address key customer pain points such as convenience, energy affordability and sustainability."

Delivering on our Safety, Health and Wellbeing strategy with a focus on our organisational safety critical risks and creating a connected safety culture. This work is key to keeping all Horizon Power people, our contract partners and the community safe.

Maintaining safe, reliable power supply while we grow our generation assets and integrate more renewables into our power systems to increase our % of renewables. Evolving our core asset management and works delivery processes, systems and tools to leverage digital and grow maturity across our whole value chain of generation, transmission and distribution.

Following on from an enormously successful DER Management System trial in Onslow in 2020/21, expanding the solution to our other microgrids to deliver on the goal of 'Zero refusals connecting customer solar by 2025'.

We operate under the Electricity Corporations Act 2005 (WA) and are governed by a vastly experienced and passionate Board of directors who report to the Minister for Energy, the Hon Bill Johnston MLA

We’re now uniquely positioned to positively influence the lives of our customers and communities by working toward the provision of clean, reliable energy – a key ingredient to a prosperous and equitable future
for Western Australia.

Mark spent 33 years at KPMG where he was a Chartered Accountant, gaining extensive experience with internal and external audit, risk management, IT advisory, governance, strategy and business transformation roles. He was the lead partner for the energy utilities sector (WA), and the IT governance Asia Pacific leader.

Mark is a Fellow of both Chartered Accountants ANZ (FCA) and Australian Institute of Company Directors (FAICD). He is certified in the Governance of Enterprise IT (CGEIT).

Kirsty has more than 20 years of experience across the Western Australia and Commonwealth Governments, leading the Revenue and Intergovernmental Relations directorate of WA Treasury for the past 11 years and now heading up the directorate responsible for budget advice on Government Trading Enterprises.

Prior to relocating to Western Australia in 2010, she worked in the Commonwealth Industry Department and Commonwealth Treasury on issues including the 2000 Innovation Summit, the Ralph Review of Business Taxation, GST Policy, the Commonwealth Budget, the Future Fund and the Carbon Pollution Reduction Scheme.

Ivy is a Principal Consultant with CSA Global and is a corporate governance specialist. She has led mine geology and resource estimations teams in China and Australia. Her previous roles included a national adviser for geology and mining for the Australian Securities and Investment Commission (ASIC), and was heavily involved in the ASIC contribution to the 2012 JORC Code update, the 2015 VALMIN Code and the ASX listing rules for mining and oil and gas.

Ivy was awarded an Australian Public Service Australia Day medal in 2013 in recognition of her outstanding services for this work. Ivy was also the first woman to Chair the Perth Branch of the Australasian Institute of Mining and Metallurgy (AusIMM) in 2013 and 2014 and is currently director of the AusIMM nationally.

Ivy has been a Women in Mining WA mentor for women in the mining industry since 2013, and for at-risk high school students with the Smith Family, through their iTRack online mentoring program.​>

Sandra has over 23 years' experience as a banking and finance lawyer, specializing in corporate, construction, resources, energy and property financing. She was formerly a partner of a top tier national law firm, leading the Finance Division in Perth and held various senior leadership positions with National Australia Bank Limited.

Gail has held various roles in Aboriginal relations and is experienced in advocating for regional and Aboriginal communities.

She has served on several boards and is currently Chairperson of the Esperance Tjaltjaraak Native Title Aboriginal Corporation, the South East Aboriginal Health Service, the Goldfields Esperance Development Commission and a board member of the Australian Golden Outback.

Martin is a qualified mining engineer with more than 40 years of experience in operations management and project development across a range of commodities, international markets and business operations. He served as Chief Operating Officer and Project Manager for several metals companies, including Sandfire Resources, St Barbara Limited, Paladin Energy Ltd and Windimurra Vanadium Limited.

Martin has substantial experience in all aspects of management with a particular focus and expertise in growing companies from the exploration phase into a producer.

I'm extremely lucky to be a part of Horizon Power. We are an organisation that really cares about its regions, communities, environment and its people. We are changing the way we deliver energy solutions to our regions, delivering on customer choice and greener solutions whilst maintaining a safe and reliable power supply.

If you would like to join our team, take a look at our current employment opportunities

Be part of the future of energy in WA.

Horizon Power acknowledges the Traditional Custodians throughout Western Australia and their continuing connection to the land, waters and community. We pay our respects to all members of the Aboriginal communities and their cultures; and to Elders past, present and emerging.

Aboriginal and Torres Strait Islander people are advised that this website may contain images, names or voices of deceased people.